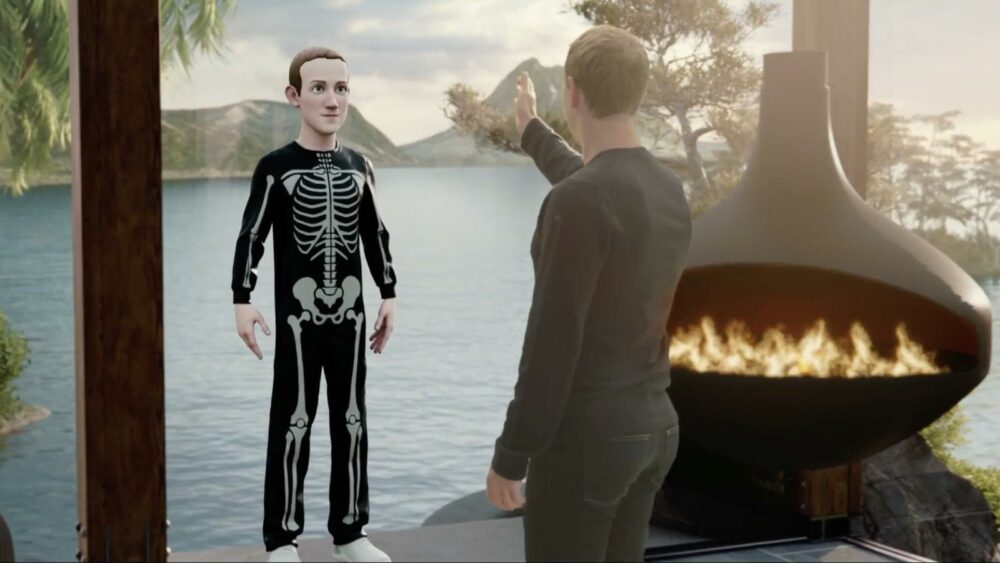 Despite what may be said – even by those natural law philosophers who believed the “State of Nature” to be a pleasant place where everything was right [1] (being the concept of “right” quite relative, since it was reduced to the individual and its actions) – ever since humans conceived the possibility to gather and organize themselves through a complex and organic regulation, they always tend to association. Could tendency be harmful according to Rousseau or positively seen by Locke, however, opinions are not of great importance: everywhere – from tribes, to estates, to complex States – aggregates of men develop and regulate themselves through simple or complex laws, so that they may live peacefully and orderly.

Essentially, the discourse is also applicable to the Metaverse: the new social space presented by Zuckerberg. The internet entrepreneur must have grown weary of his inter-social system (since it included different realities such as Facebook, Instagram and WhatsApp), so that he decided to make all his platforms merge in a single virtual space. That’s where people will be able to meet and live as if they had a second life. However, that’s not how things actually are: the change of the company’s name conceals other issues [2] which are not to be discussed in these instances.

Back to the topic, the Metaverse might be intended as a virtual space in which participants interact with each other simulating reality. At the moment (at the date of 16/11/2021, when was written the original paper, ed), we still don’t know whether or not these interactions will be regulated and in which way. Nonetheless, I am positive that Zuckerberg’s company will pay particular attention to its users’ privacy and will set a complex of rules in order to protect it. The term “Metaverse” is a neologism coined in the cyberpunk works of Neal Stephenson (in particular it can be found in the novel “Snow Crash”, 1992). It is made up of the Greek prefix “meta-” (meaning “inside”, “through”, “inwards”) and “-verse”, which recalls the word “Universe”. Its semantic conceptually welcomes the sense of a container in which every form of life is allowed to exist. The Metaverse is a universe in the Universe.

It may be certainly said that metaverses are already existing [3] – I am myself a universe [4] in the Universe, just like my city, my country, Europe and so on. Despite this, the one proposed by Zuckerberg presents a not negligible peculiarity: it is virtual. In other words: it is “imitating”. An even more suitable term to describe it, considering its etymon [5], could be: “potential”. It is, indeed, a potentially-existing-Universe*. In the Aristotelian sense, this means that it is a Universe which has the possibility to exist. Its existence might hatch and bloom in the field of existence, since this is congenitally, ontologically and substantially possible. In the Aristotelian counter-balance game, in which the world and its entities eternally move and settle down [6], the Metaverse is to be considered as a whole world virtually and potentially playing its chance to exist. The Metaverse is, therefore, something never seen before, which could prove to be a catastrophic failure or a revolution of individual’s and collectivity’s lives. After all, this is the prospect for all of those devices which try something never attempted before.

Nevertheless, once explained in the Aristotelian sense, the Metaverse’s virtuality – in its forthcoming enforcement – seems to be a hypothesis looking forward to the most appropriate time for its realization. The Metaverse, indeed, will turn into reality. Not only it will be generated through a human technique which is shaping the man himself into its own technique, but it will also be a whole world managed by an immovable and eternally “actual” «to theion»: The Algorithm.

Given the dynamism of individuals that will experience this Universe, an immovable and absolute entity is crucial to set everything in motion, regulating its manifestations and activities. Aristotle maintained that something that generates motion must exist. And since something that moves and is moved is a middle entity, it must be moved by something unmoved, which is eternal, being substance and act. [7]

It would be naïve to believe that this Universe is manually managed by individuals: the quantity of contained data will be humanly unbearable. Furthermore it must be taken into account that we are not merely talking about posts – particular and specific ways of expression of individuals – but the individuals themselves in their “virtual form” are in the game. This surely complicates the scenario. Our hope for a human gestation of the whole thing is, therefore, a utopia coming from those who are unable to see the possibilities of technology, or its monstrosity perhaps.

The Algorithm is now truly comparable to a transcendent being which neatly sets up what, otherwise, would be disordered, would not virtually exist or not exist at all.

It is interesting to notice how human this Algorithm is: it is programmed to handle any anomalies and this enables it to be considered as an in-itself-subsisting entity, which is able to identify the available possibilities and choose the most convenient one. We are certainly not far from the human: it acquires awareness of itself to itself and interacts with the Other (the Algorithm interacts with those beings that it manages). It perceives a problem, identifies all the possible solutions and chooses the one it sees as the best one. Actually, the Algorithm could with no doubts be compared to the Übermensch, as it was conceived by Nietzsche. It doesn’t choose opting for what is best among limited possibilities. It chooses on the basis of the fact that these possibilities, since they’re the result of a computation, provide the whole spectrum of causes and effects. The last-mentioned could make the whole “Being-everything” exist, in its contingency, necessity and potentiality. Each chosen act can direct the Whole towards a specific and more pleasant fulfilment. That’s where Vico’s Providence comes alive and Hegel’s Spirit, with its cunning reason, becomes world.

Therefore, it will be possible to understand the Algorithm as a directing logic which, through a command given by man – who’s now so full of technique that he believes himself to be able to generate whole worlds –, will harmoniously order the “virtualized-individual”. It will do this in the perspective of a possible (virtual) world, as if this was a pentagram whose key of violin generates a musicality: its notes are harmonized through a melodically impeccable, sonorously exquisite and symphonically sublime order. Its musician is no longer God, its musician is man.

Nonetheless, this Universe’s peculiarity does not end here. Indeed, what kind of technique’s work would it be if it was so easily explainable and so impeccable that it doesn’t give any kind of problems? We are playing with subdued analogies to make the technically-generator-man and a creator-God conceptually coincide. The reason is that an overwhelmingly heavy retaliation violently emerges from the abyss: the man who creates the Universe won’t be absolute to this, it will be its main character instead. A “Mathematical God” – frighteningly similar to the one outlined by Galilei [8] – will be above the man, thus ignoring every right a creator should have on its creature. The God will substitute the Technique to the Good, at first considered cause for its creation; it will replace Theodicy with its “Teleological Computation” and Theology with Mathematics. In order to understand the world’s direction, where is it headed to or what is it going to collide with, it will be enough to break through the divine barrier of calculation and sense or assume the operations which that God will be performing. We are not only about to create a Universe, but we are about to create a God and, accustomed by Christian logic to submit to this, we won’t face our own creation, and we will kneel before it.

What is certain is that our world, with our God who generates out of Love, won’t be replaced (at least not in the immediate future). In order to enter this Metaverse it will be necessary to own those hardware specifications that will allow the concrete access. However, the issues we tried to point out are not to be neglected. The creation of a world in-itself is, indeed, the first step towards a possible coincidence between it and the current world.

Even without any intention to participate, there’s a paradox to think about: with the majority of us and the businesses of the present world translocated in the new world, the emigration will truly be irrepressible, although relatively many people won’t join the universe. On the other hand, as sci-fi as it may seem – being the definition of sci-fi quite relative, since also the current reality was considered sci-fi decades ago – finding a way to exist in a world of data also means increasing the chances of life of individuals. Hunger and social and economic inequalities could be eliminated. We might expect a State (would also this be Mathematical?) in which moral and justice principles are better regulated. If man tends to aggregation – as we stated in the opening – why should we not think of a “better” world to aggregate in?

[1] Cf. J.-J. Rousseau, The Social Contract, Oxford University Press (© Christopher Belts), 1994. [2] We are obviously referring to the “Facebook-Cambridge Analytica scandal” of 2018. Cambridge-Analytica took from Facebook tens of millions of data about its users with no authorization and used them to cheat on political campaigns. The complex and intricate dynamics made the shares of Zuckerberg’s company rapidly and dreadfully drop. [3] With regard to this, it is really interesting to mention the analytical philosopher D. Lewis. In his works – few (if not one) of which survive translated in Italian – he talks about how every intelligible world, conceived and expressed through the categories of thought, is «ontologically» existing. Every minimum possibility of the mind in its representative faculties is not – as generally thought – a possibility of the reality in the broad sense, but is in the ontological sense a concrete existence, not in possibility, but effectual. For instance, I am now writing this article using a keyboard. I can alternatively represent myself in a café with a coffee cup and a friend to talk to. In Lewis’ vision, this is not only a subjective representation but also a concretely existing reality, since it was thought in its organic contextualization. I strongly recommend the lecture of two of its works: “Counterfactuals” (1973) and “On the plurality of Worlds” (1986). [4] As Kierkegaard would say in Either/or: a fragment of life (Penguin Book Ltd, London, 1992), we ethically choose the Absolute that is the ego, the individual, in its eternal valor. [5] In the original paper, we recommended to consult the Treccani dictionary in order to comprehend the reason behind us choosing that type of semantics for the word; as you can see (https://www.treccani.it/vocabolario/virtuale/ – URL consulted on 01/04/2022), it says that, in its significance, the term can etymologically be considered as “potential”. However, examining Oxford’s Learner’s Dictionary (https://www.oxfordlearnersdictionaries.com/definition/english/virtual – URL consulted on 01/04/2022), for the term is reported only the etymological root for “virtuosus”, in Latin. Nevertheless, our etymological significance gets reported seeing the Online Etymology Dictionary that, in facts, does report that it is derived «[…]from Latin virtus “excellence, potency, efficacy”[…]», and that «The meaning “being something in essence or effect, though not actually or in fact” is from mid-15c., probably via sense of “capable of producing a certain effect” (early 15c.). Computer sense of “not physically existing but made to appear by software” is attested from 1959» (Cf. https://www.etymonline.com/word/virtual – URL consulted on 01/04/2022). [6] Aristotle, Physics, 200b12; 227a7. [7] Aristotle, Metaphysics, 1078a. [8] Cf. Galileo Galilei, The Assayer. 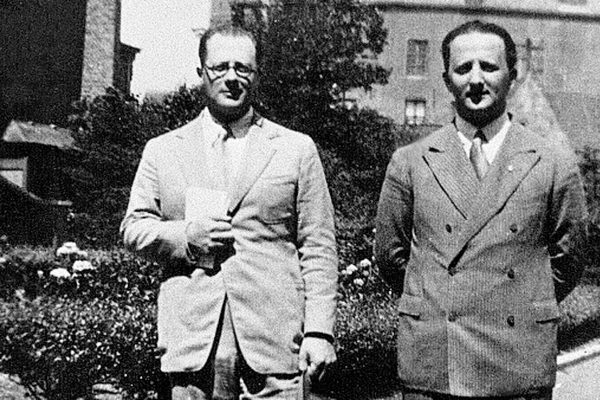